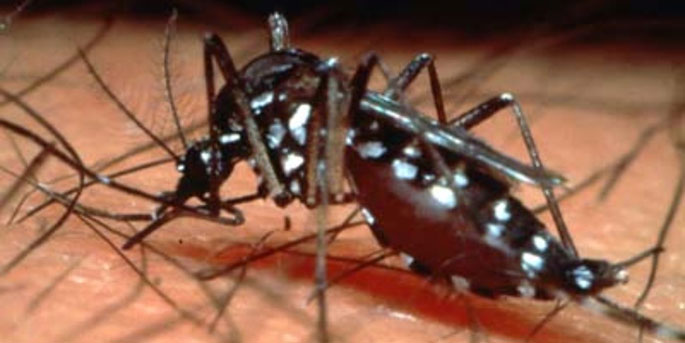 Before 1970 only 9 countries had experienced severe dengue epidemics. Today, however, the disease is endemic in more than 100 countries and the World Health Organisation estimates that between 50 – 100 million infections occur worldwide every year. The Americas, South-East Asia and Western Pacific regions are the most seriously affected. If you are travelling to countries where dengue is prevalent (or, live in a country affected by dengue) then it’s vital that you take precautions.

This article was written with assistance from Dr. Vineet Datta and International SOS

What is Dengue Fever?

Dengue fever is an infectious tropical disease transmitted by the female Aedes aegypti mosquito; this species prefers to live in or near human habitats and tend to bite during the day (as opposed to malaria, where these mosquitoes attack during the night). Dengue is also known as ‘break bone fever’ owing to the severe joint and muscle pain victims experience.

Who can catch dengue fever?

Map showing where dengue is most prevalent in the world

Dengue fever may occur in people of all ages who are exposed to infected mosquitoes. The disease is most prevalent in the Indian subcontinent, Southeast Asia, Southern China, Taiwan, the Pacific Islands, the Caribbean, Africa, Mexico, Central and South America. Mosquitos carrying dengue are mostly likely to be found in urban and semi-urban areas.

In many parts of the tropics and subtropics, dengue is endemic, that is, it occurs every year, usually during a season when Aedes mosquito populations are high, often when rainfall is optimal for breeding. These areas are, however, additionally at periodic risk for epidemic dengue, when large numbers of people become infected during a short period.

Average number of dengue cases reported to WHO.

What are the symptoms of Dengue Fever?

Dengue fever is a flu-like illness characterised by a fever that may last from two to seven day. Additional symptoms include headache, eye pain, muscle and joint pains and a skin rash. In extreme cases, the disease develops into the life-threatening dengue hemorrhagic fever.

Dengue fever may occur from three to 13 days after being bitten by an infected mosquito. Symptoms usually appear within four to seven days and usually pass within a couple of weeks. However, it can take several weeks to make a full recovery. It’s common to feel very tired in this recovery period.

There are 4 distinct strains of the virus, and recovery from infection by one provides lifelong immunity against that particular serotype. Cross-immunity to the other serotypes after recovery is only partial and temporary. Subsequent infections by other serotypes increase the risk of developing severe dengue.

There is no specific treatment for dengue fever. As soon as dengue-like symptoms occur, you should see your doctor. These include: high fever, nausea, vomiting, pain behind the eyes, joints and muscles pain, severe headache.

Those diagnosed with dengue are advised to rest and drink plenty of fluids – plain water, unsweetened fruit juices or nutritious soups. Soft drinks should be avoided. Some people who have suffered from dengue have found that drinking raw papaya juice helps increase their blood platelet count. Although this isn’t scientifically proven, it is always worth a try. Pomegranate juice and Aloe-Vera juice are also believed by some to be effective.

The following are some additional natural remedies that may help you recover from dengue fever:

How to Prevent Dengue Fever

There is no vaccine against dengue fever, although research is ongoing. Dengue, however, is preventable and steps can be taken to prevent being bitten.

The following list is aimed at both visitors travelling to, and families living in, countries that are at risk of dengue.

One of the most effective ways of preventing dengue is using mosquito repellents on exposed skin. DEET, Picaridin, Oil of Lemon Eucalyptus and IR3535 are effective. Clothing can also be treated with repellent.

For kids Health Canada recommends that DEET-based products be used on children between the ages of 2 and 12 only if the concentration of DEET is 10% or less and that repellents be applied no more than 3 times a day. Children under the age of 2 should not receive more than 1 application of repellent in a day. Generally, the duration of protection varies with the DEET concentration: higher concentrations protect longer. Do not apply repellent to kids’ hands so there is no chance of them ingesting it or rubbing and irritating their eyes. Oil of lemon eucalyptus is not recommended for kids under 3 years old.

Children should sleep in rooms with air conditioning or screened windows or sleep under bed nets, when available. Mosquito netting should be used over infant carriers. Children can reduce skin exposed to mosquitoes by wearing long pants and long sleeves while outdoors in areas where malaria is transmitted.

The following are some mosquito repellents we have used and found effective:

Cover as much of your skin as possible. Wear long sleeves, long pants / trousers, socks and covered shoes. Light coloured clothing is less attractive to mosquitoes than dark colours.

Perfume and sweat attract mosquitos like bees to pollen; shower to remove sweat and use unscented sunscreen and shampoos.

Mosquitoes are more likely to be found in areas where they can breed, such as stagnant pools. Make sure there are no unnecessary collections of water in your home (e.g in paddling pools, old tyres, pot plant dishes, etc.)

Less Harry Potter and more a possible lifesaver for mosquito-plagued people are these ‘cloaks’ developed by US Scientists to block mosquitos’ ability to smell and target their victims. See more here.